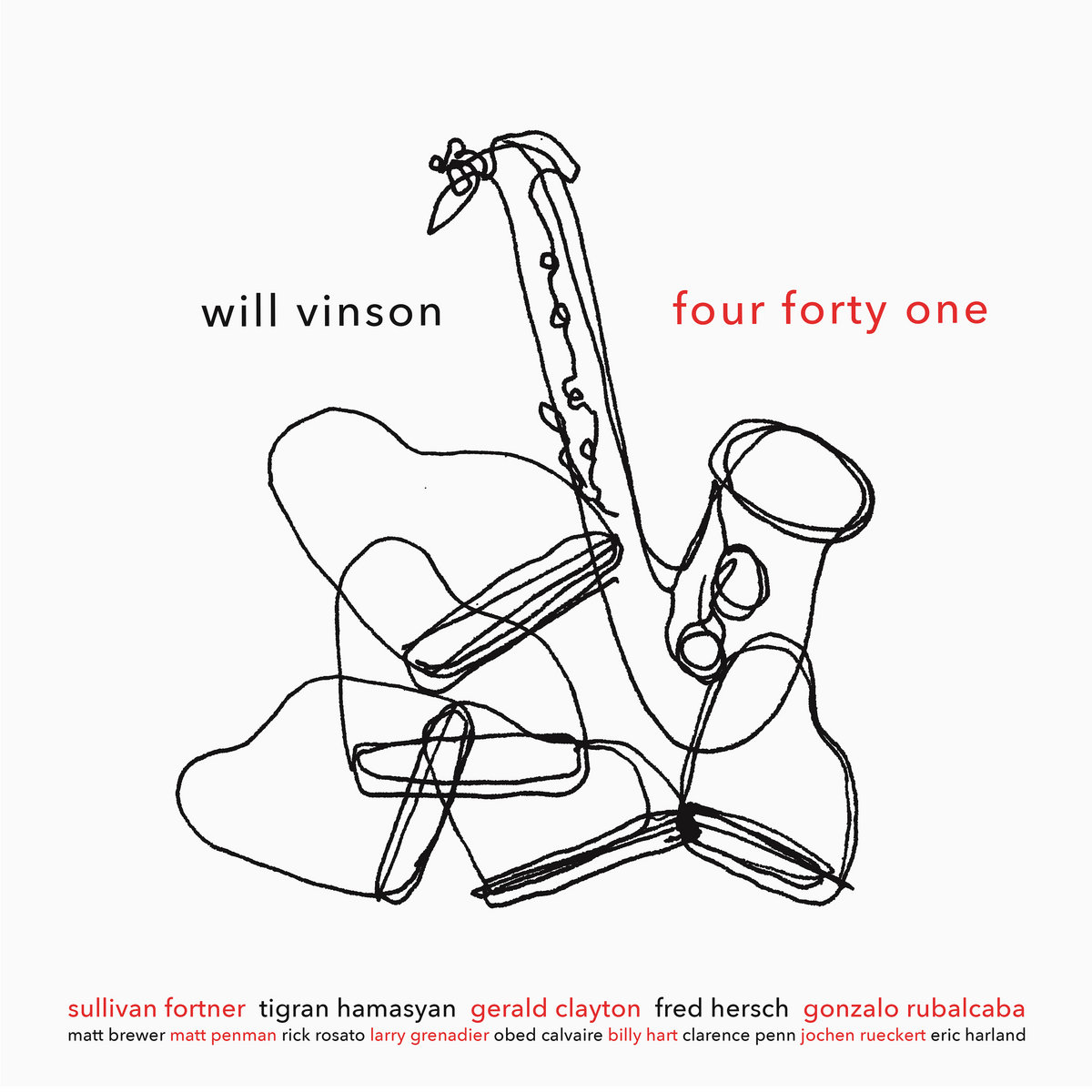 A close relationship to the tradition of the instrument defines Vinson’s playing as much as the fearless and unapologetic manner with which he searches for his own voice within the genre. This search never comes at the cost of the instinctiveness of his lines or the lyrical tone he inhabits.

“A strutting rhythm behind him… he [Vinson] takes full advantage, running all over the room and up and down the walls.”
Stereogum (Love Letters) (feature)

Vinson presents a coherent set of music that works as much as a declaration of love to the piano, as it does as an opportunity to showcase his compositional prowess in the hands of equally skilled musicians.​”
★★★★1/2 All About Jazz (full review and feature)

2019 is a milestone year for altoist Will Vinson. It’s twenty years since he relocated to New York from his native London, and commenced an exploration that led him into the heart of that city’s legendary scene, where the tradition and the avant-garde intersect. Seven records as leader have confirmed his stature: now, for his debut on Whirlwind, titled four forty one, he’s dug into his contact book to present the realization of a long-held dream – to record with five of the greatest contemporary piano masters. Sullivan Fortner, Tigran Hamasyan, Gerald Clayton, Fred Hersch, and long-time associate Gonzalo Rubalcaba are each matched with their respective bass and drum team of Matt Brewer and Obed Calvaire, Matt Penman and Billy Hart, Matt Brewer and Clarence Penn, Rick Rosato and Jochen Rueckert, and Larry Grenadier and Eric Harland, to create five dream trios for Vinson to play off “as a bystander and participant at the same time.”

Each pianist was chosen by Vinson to reflect a different aspect of his musical journey through America, and a different side of his own musical identity. The sessions were all performed with no rehearsal and a minimum of formal arrangements, to let the diverse personalities shine through. It’s a unique experiment that has yielded unique results. Sullivan Fortner is featured on the uplifting gospel of ‘Boogaloo’, his lush chords sometimes darkening to echo Keith Jarrett’s interpretation of the genre: on ‘Love Letters’ he’s joined by Brewer and Calvaire in a playful deconstruction. For Vinson, Sullivan represents “a walking encylopedia. When we did ‘Milestones’ I didn’t even tell him what we were going to play and he just jumped in and flipped seamlessly through the whole history of piano”.

Gerald Clayton is someone Vinson has heard and admired for a long time, but never before played with. “He’s been on his own journey and I just wanted to play with him!” ‘Cherry Time’ starts with a deep, loping groove from Brewer and Penn under a languid, mysterious theme, giving Clayton plenty of space to stretch the time and the harmony into intriguing shapes. ‘I am James Bond’ is aluminous ballad, with the pianist showing the limpid touch he’s deployed to such effect with Charles Lloyd.

Vinson is a pianiste-manqué himself, and hugely influenced by both Keith Jarrett and Bill Evans. Fred Hersch was the perfect choice to bring the touch and feel of those masters into his quirkily jagged, composerly reading of Monk’s ‘Work’ and he and Vinson are in perfect accord on the spacious ‘KW’ a piece written by Bryn Roberts that bears the traces of the late Mr Wheeler’s uniquely evocative melodic sensibility.

Finally, there’s Gonzalo Rubalcalba. “He’s been a mentor to me – and he’s the greatest pianist alive! He had to be on this record!” Listen to the gusto with which the band attacks Vinson’s contrafact on ‘It Could Happen To You’, entitled ‘That Happened!’ with Grenadier and Harland cooking up a polyrhythmic storm and Rubalcaba and Vinson flying over the top.“At heart, I am a frustrated pianist. It may be on the saxophone that I’ve found a voice, but it’s the piano that has captivated, inspired, and eluded me my whole life. This project is a dream come true.”
(https://willvinson.bandcamp.com/album/four-forty-one)