By Amsterdam Winds30/05/2017December 29th, 2019No Comments
In late 2016, Joshua Redman visited the Amsterdam Winds studio to try out our very first tenor saxophone prototype. Although he really liked the sax, he did make several critical observations. Friso then worked until late in the evening to adjust the instrument to his wishes. The next day Josh tried the instrument during the sound check of his concert he was to play that evening with Brad Mehldau, and to his complete surprise saw that his recommendations had already been partially adapted to the instrument.
After this, Joshua and Friso started an extended collaboration in which Joshua tested every improvement to the prototype while Friso continued to learn and develop the instrument. The reference point was always Joshua’s own Super Balanced Action, the very best sax from his personal collection that he has played exclusively for the past 10 years.
Finally in May 2017, Joshua thought Friso’s prototype was good enough to take on stage and played a full concert with his trio (Rueben Rogers and Gregory Hutchinson in the Frankfurt Court in Mainz). To this day, Joshua’s feedback remains a source for the continuing development of the instrument.
And so, the collaboration continues … 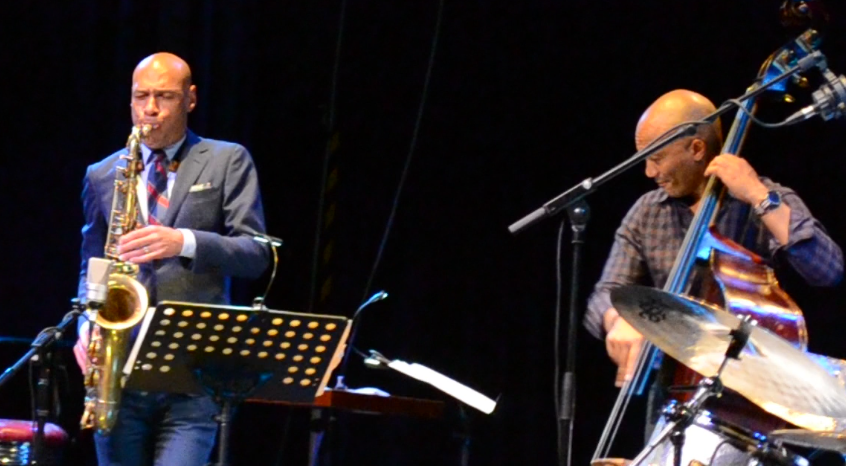