By Amsterdam Winds19/07/2019December 31st, 2019No Comments
After having spent three years of hard work, testing, development and making, we are now very proud and relieved to announce that our tenor sax prototype – in Joshua Redman’s words – ‘passed the test with flying colors’
On July 13, 2019 Friso visited Josh in Germersheim, Germany where Josh played with his Still Dreaming Quartet at the Palatia Jazz Festival. After having tested the prototype, Josh was very impressed with this latest version. He had last played previous of the horn versions live at North Sea Jazz 2018, at Langnau Jazz Festival in Switzerland and later that year during a soundcheck at the Bimhuis in Amsterdam.
Now in Germany, Josh was very satisfied to notice that his previous recommendations had been adapted to the instrument. After having played the prototype at the soundcheck, Josh decided to take the saxophone on stage and play the full concert on it. After his concert, Josh said that during the concert he ‘never felt the need (or even the inclination) to reach for his trusted, beloved Selmer Super Balanced Action’ – his own saxophone that he has been playing exclusively for the last 10 years –  and that Friso’s prototype is now ‘definitely ready’, it ‘passed the test with flying colors!’

“I just used Friso’s tenor saxophone prototype for an entire 90 minutes outdoor festival gig, and it ‘passed the test' with flying colors! I never once felt the need (or even the inclination) to reach for my beloved, trusted Super Balanced Action. Friso’s horn was a joy to play: powerful, expressive and expansive, yet at the same time focused, balanced and grounded, with remarkable consistency of sound and intonation from bottom to top. I believe Friso is making a world-class instrument, with an exceptionally bright future.”

The collaboration with Joshua started late 2016 when Josh first tried Friso’s prototype in our workshop in Amsterdam. After some more trial and improvement sessions over the following months, an inspiring collaboration between Josh and Friso started. Josh became the main test player during the development of our tenor saxophone. Over the last three years, Josh tested the prototype many times, played in five times live on stage and shared his feedback which was then adapted to the instrument.
More info about our new tenor saxophone. 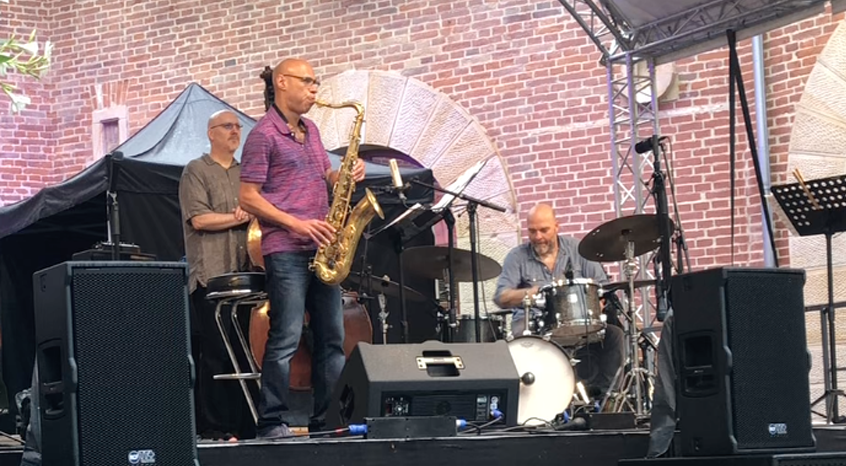