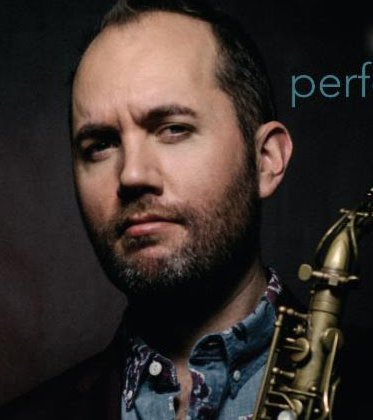 Will Vinson releases new album Perfectly Out of Place Our dear friend and loyal Free Wind player, Will Vinson, is proud to announce the release of his sixth album; Perfectly Out of Place.

With Perfectly Out of Place Vinson felt ambitious. This album contains more-than-usual through-composed music from the saxophonist’s pen, and also marks his first use of overdubs, synthesizers, vocals and strings. His aim was to enhance and augment his Quintet’s sound (featured on Vinson’s previous five albums) that many fans and critics have come to know and love.

Vinson elaborated in the album’s liner notes, “It was an exciting prospect for me, but one that was made challenging by the stubborn insistence of everyone in the band on making everything sound immediately perfect and unimprovable… you get what you pay for, I suppose. I’ve tried to add without inadvertently taking away, and I hope you feel it’s been a success.” He added, “The entirety of this project, from the music’s conception in the mountains of Banff, Alberta; through the joyous session at Avatar (to my knowledge the world’s greatest recording studio), has been a thrill. One that I’d be happy to go through again, if it weren’t for the fact that this record is now complete and in the hands of the most important person in the process, the listener.”

At the end of January, Will spent 2 days at Avatar Studios with some of his musical heroes. Vinson’s collaborators on Perfectly Out of Place include four of the world’s most extraordinary improvising musicians, Mike Moreno, Gonzalo Rubalcaba, Matt Penman and Jeff Ballard. “Their importance to this project cannot be overstated, each one of them being irreplaceable. It’s fair to say that my personal aesthetic identity would not be quite what it is without the influence of these masters over the past (gulp) two decades,” said Vinson.

The saxophonist also felt exceptionally fortunate to be able to enlist Jamey Haddad (heard on “Skyrider”), Jo Lawry (heard on “Desolation Tango” & “Skyrider”), and the Mivos Quartet (heard on “Desolation Tango”, “Skyrider”, “Intro to Limp of Faith”) to contribute to this project. “Jamey’s vibe and generosity of spirit are legendary, and his playing joyous and infectious. It’s hard to think of anyone other than Jo who would have the chops, not to mention relished the challenge, to achieve what was asked of her in this recording. I first heard Mivos right at the time I was beginning to consider using strings on this project. They performed Steve Reich’s Different Trains and completely blew me away”, said Vinson.

On Perfectly Out of Place, the listener gets unadulterated “Will Vinson music”; which not only means playing and composing that combines a great knowledge and respect for the century-long jazz tradition, with explorations into the rhythmic, harmonic and melodic realms of contemporary forms, but this artist’s brilliant vision brought to life with great skill and unmitigated passion.

The album will be out on May 6th 2016. If you can’t wait, it’s already available for pre-order on iTunes. Go check it out now!